The Buffalo Bills today announced that the team has agreed to terms with 13 undrafted free agents.

Davis started all eight games he appeared in for South Florida in 2014 and was named the team's MVP after recording 36 catches for 594 yards and a team-record tying seven touchdowns. The 6-1, 205 pound native of Tampa, FL finished his collegiate career starting 30 games while recording 153 receptions, 2,136 yards and 17 touchdowns.

Barton started all 15 games at right tackle for the Redbirds in 2014 and was named a Third Team All-America selection by The Sports Network and The Associated Press. In total, the 6-7, 315 pound Illinois State product started all 39 games he played in as the anchor of the offensive line.

Chandler started all 13 games he appeared in at right tackle for the Wolfpack and was a key factor in helping the team post their best rushing average in 22 years. Over his four year career, the 6-7, 354 pound NC State product started in 35 of his 48 career games.

Thomas started in all 11 games he appeared in for the Hilltoppers in 2014 as he recorded a career-best 45 tackles and two interceptions. The 6-1,190 pound Western Kentucky product totaled 155 tackles, one sack, three fumble recoveries, 24 passes defensed and 11 interceptions over his collegiate career.

Noel started all 12 games and served as a team captain for the Demon Deacons in 2014. He recorded 40 tackles and three interceptions on the way to being named third team All-ACC. The 5-10, 175 pound Wake Forest product started in 43 of the 44 career games he played in and totaled 192 tackles and eight interceptions.

Hudson played in 49 career games for the Washington Huskies during his four-years at the school, accumulating 149 tackles, 22.5 sacks, 29.5 tackles for loss and three forced fumbles. The 6-3, 246 pound linebacker was a 2014 All-Pac 12 honorable mention.

Williams played in 32 career games during his four years at Bethune-Cookman. The 6-3, 270-pound former Wildcat is the son of Lee Williams—a 11-year NFL veteran who played for the San Diego Chargers and Houston Oilers.

Roth departed Baylor as one of the most prolific punters in school history, ranking second all-time in school history with a 43.72 career average punt. The 6-5, 220 pound former Bear earned All-Big 12 honors in 2014. 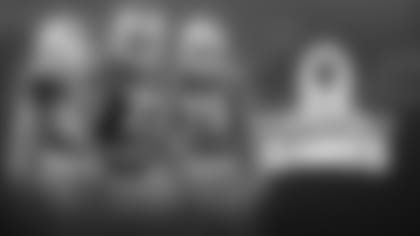 Three additional Bills players have been named to the 2023 Pro Bowl roster.

Milano will make his first appearance at the Pro Bowl in his six-year career.